This was going to be a “Happy New Year” blog with a round up of all we’ve been up to in 2015, but somehow January has run away with us and having dealt with 4 cases of stray/abandoned animals needing veterinary care in the last week the focus of the blog has changed somewhat!

I was going to let you know what we have done for good causes last year and our charity plans for 2016 but actually a case study from one of our branches last week might give a little insight into the work we do behind the scenes and show how we regularly “give back” to the animals we see.

Last week we had 3 unowned cats brought into one of our branches needing treatment. Yes we got some funding from the RSPCA to help with costs for their treatment but by no means enough in one case to even cover the medications required (one poor cat had a broken pelvis and an eye injury), let alone the hours of time, the general food and boarding costs covered by our own dedicated staff. Unfortunately we don’t have enough kennel space to house stray animals long term at the practice – we need to reserve our kennel space for our client’s ill and injured pets. Indeed often these stray sick and injured animals are un-vaccinated and therefore require isolation from other pets (which is unworkable in the practice long term) so unless we can find space at a rescue center we are often left with the difficult decision to take them home ourselves or consider euthanasia.

The first cat to be brought into to us last week was bought in by an RSPCA inspector having been found after a suspected traffic accident. He had injuries to his face, his eye was damaged and he had a fractured pelvis. Whilst the RSPCA provided emergency funding for pain relief, this unfortunately didn’t cover the cost of the multiple x-rays and ongoing treatment he needs. The RSPCA were also unable to provide housing for him whilst he recuperates and so this has been left to us to sort out. Fortunately at Daleside we believe in giving every animal a chance so a very kind receptionist has taken him in to her home for the 8 weeks cage rest he needs whilst we can find a new home for him – preventing the distressing situation where we would have been left with no option but to put him to sleep.

The next day, a member of the public brought us in an un-neutered male cat that had an injury to his paw. We again received “emergency funding” from the RSPCA but were again advised they had no room to house him and so to release him back where he was found. We were not happy with this as we felt he needed ongoing treatment and monitoring of his foot but also that it would be better to castrate him once recovered before release. Luckily a local rescue charity had space and he’s being monitored there – we will castrate him for free once he’s fully recovered.

2 days later another RSPCA inspector arrives at our door – this time with a kitten absolutely covered in ticks – we were able to sedate him to remove all the ticks successfully and sent him on his way.

Our 4th unexpected visitor was a stray dog brought in by a passer-by who found him running in the road. He had no identification, no collar or microchip to help us locate his owner. Luckily a quick thinking member of staff thought they recognized him (he was an unusual breed mix!) and so searched our database and contacted his grateful owners who were able to come and collect him later that day, saving him a trip to the dog pound and a hefty fine from the Dog Warden – another good reason that all pets should be microchipped……but more on that next time! 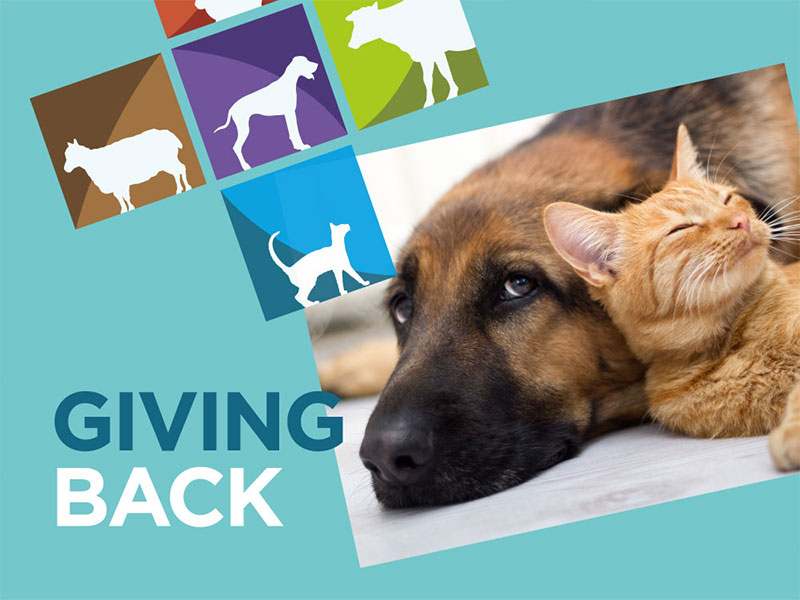 “Fantastic owners and amazing vets and staff that really care about the animals that they see. Can’t do enough to help either through treatment or advice. Well done guys, we feel privileged for you to look after our boys, past and present xx”